Qualcomm recently commissioned a report that IHS Economics and IHS Technology produced that compared the potential game-changing impact of 5G to that of the printing press, electricity, the telegraph and even in the Internet, according to RCR Wireless News’ Sean Kinney. 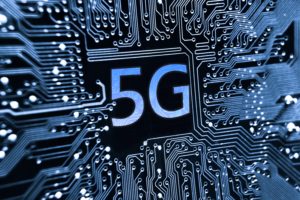 The trio “views 5G as a catalyst that will thrust mobile technology into the exclusive realm of general purpose technologies.” Some of the significant information to come out of the report included 5G will enable $12.3 trillion of global economic output and that the global 5G value chain will generate $3.5 trillion in output and support 22 million jobs in 2034.
There are also expectations of the 5G value chain investing an average of $200 billion a year to expand and strengthen the 5G tech base within network and business application infrastructure. 5G’s potential economics give reason to believe the market could handle a variety of ecosystem stakeholders working together to help find that value.
Boingo chief technology officer Derek Peterson published, “A Call for Convergence: A Manifesto” in February and it touched on a number of the issues that came of out Qualcomm and IHS’ report.
“Everybody was trying to do everything,” Peterson said when asked what was the motivation behind writing the piece. “I realized we didn’t just trust each other. Everybody wouldn’t work together and they didn’t seem to realize they all co-existed together. We didn’t realize we shared ownership of this ecosystem. We’ve got to realize that coexistence and collaboration are key.”
In regards to how this co-existence ties in to next-generation networks, Peterson went on to say companies had to build a network that works worldwide. He believes if 5G is going to actually happen, everyone is going to have to work together.
“If you thin about the use cases, 5G is supposed to be really, really fast,” he said. “It’s supposed to cover really long distances and really short distances. Having one technology do it all is kind of ludicrous. It’s not possible; we need to have our system coexist together.”
Corning’s In-Building Wireless vice president of market development Bill Cune agreed with Peterson’s take. He said a rich ecosystem has to develop around 5G if it’s going to live up the hype that’s been built up. He likened to the telecom crash in 2000, when people were building capacity purely out of speculation.
“It was a very difficult time for many companies to get through that,” he said. “The promises and the hype and the infrastructure build out did match the demand and the ability to sell and create services people were willing to pay for to justify the investment. It can’t just be let’s build a network and they will come. Everybody has got to be doing their part.”
If you enjoyed this article please click here for more!