When flexible office space provider WeWork went through it numerous troubles including its CEO resigning and a failed IPO, it appeared competitors might have a chance to grab a bigger piece of the market. However, other flexible office space companies are beginning to scale back too after 10 years of rapid growth, PitchBook reports. 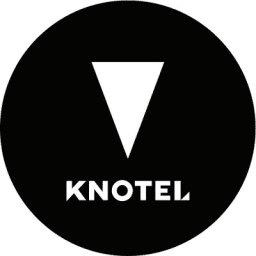 Knotel to lay off employees amid decreased lease activity

Last week, WeWork competitor Knotel confirmed a report that it would be laying off a number of its New York employees. The company’s lease activity decreased approximately 80 percent in the fourth quarter of 2019, according to commercial real estate firm, CBRE. Knotel’s planned layoffs and drop in lease activity comes as somewhat of a surprise given the company had a $400 million funding round six months ago. The funding round valued Knotel at $1.6 billion, according to a PitchBook estimate. Knotel planned to put the capital towards expanding into the world’s 30 biggest cities and invest in Baya, its blockchain venture as well as the furniture rental service, Geometry.

Knotel is scaling back in order to better align supply and demand for flexible office space, a company spokesperson told PitchBook. The company had 800,000 square feet of empty or soon to be vacated space in New York at the end of 2019, according to Crain’s New York. Going forward, Knotel plans to target small to midsize companies that are seeking flexible office space.

Flexible office space growth is beginning to slow down

Knotel was not the only flexible office space provider forced to cut back, according to PitchBook. Montreal-based Breather dealt with layoffs in December because of overspending. Meanwhile Spacious, a restaurant co-working company, closed down after four months last year because WeWork acquired it. Co-working startup Industrious also recently reduced its leasing activity by 6.5 percent according to CBRE’s report.

The layoffs and downgrading in the co-working space industry is a sign growth is slowing after years of rapid development, according to PitchBook. The industry was growing 23 percent annually from 2010 to 2017, according to real estate services firm JLL.

WeWork’s recent woes have been well documented in this space and others. The flexible office space provider saw its leasing activity drop almost 93 percent from its usual fourth quarter average, according to PitchBook. A month after SoftBank provided WeWork with a $9.5 billion rescue package, the company laid off 2,400 employees.

SoftBank Group still believes WeWork’s core business is good despite its recent challenges and the scale backs in the flexible office space industry as whole, according to Bloomberg.

“We are still in it, we are involved, we are helping the company because we believe the idea at its core is very, very good,” SoftBank Vision Fund Senior Managing Partner Deep Nishar said at Munich’s Digital Life and Design conference on January 18. “We will help solve WeWork’s problems with corporate governance with the next set of management.”