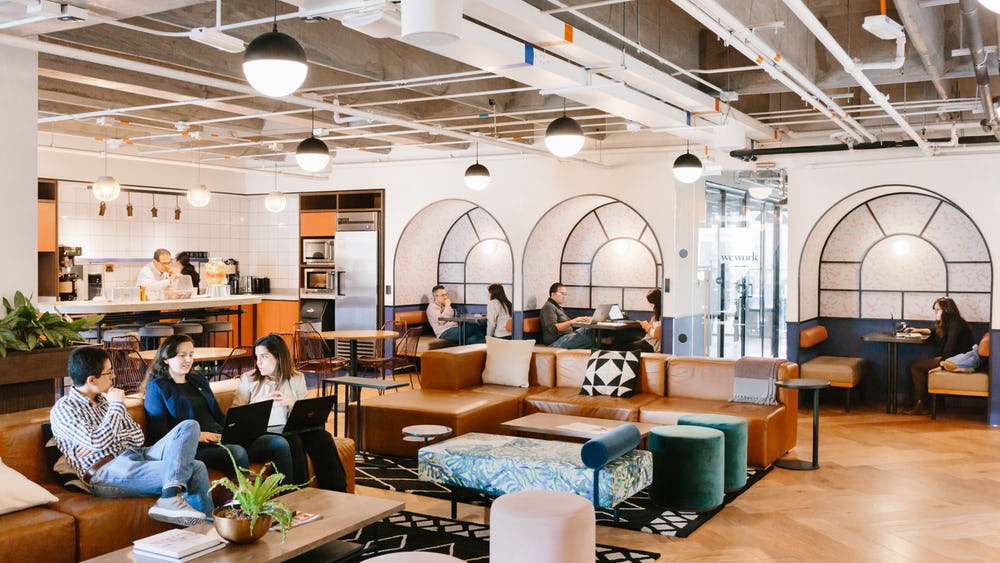 WeWork is in talks with T-Mobile Chief Executive John Legere to lead the troubled co-working space provider, according to a Wall Street Journal exclusive report.

We Co., WeWork’s parent organization, wants to bring in a CEO who can stabilize the company after co-founder and CEO Adam Neumann’s up-and-down tenure. WeWork’s initial public offering (IPO) was cancelled and the company’s valuation dropped significantly under Neumann’s watch. Also, SoftBank Group recently bought a majority stake in WeWork in a bailout and cut most ties with Neumann.

Legere is not a shoo in for the position

Legere is just one potential candidate WeWork is considering, The Wall Street Journal reports. At this time, there’s no guarantee he would accept the WeWork CEO position or that another candidate might emerge. Plus, Legere is positioned to receive a windfall if T-Mobile’s merger with Sprint is finalized. Legere is an attractive candidate for SoftBank because the company wants to hire a high-profile leader who can resurrect WeWork and potentially try to take it public again, according to sources.

T-Mobile and Legere have not commented on the matter. According to LightShed Partners analysts Walter Piecyk and Joe Galone, it would be in T-Mobile’s best interest to deny it sooner than later.

“It’s hard not to see the obvious conflict of interest in Legere discussing a new employment opportunity with someone who is also acting as the counter-party in a renegotiation over the terms of a deal between the two companies, both of which have public minority shareholders,” Piecyk and Galone wrote. “For that reason alone, T-Mobile should be denying the story.”

The analysts explained the news of WeWork’s interest in Legere comes at a bad time in relation to the T-Mobile Sprint merger. The carriers are currently facing a lawsuit against a group of state attorneys general that want to block the deal. The report complicates the trial, according to Piecyk and Galone.

“That makes us curious about the motivations of who might leak this story,” they wrote. “It’s not favorable at all to have a press report like this just ahead of trying to close the deal. This news will enable the State AGs to ask why Legere, the Maverick of the wireless industry who has promised all the price cuts, might be leaving in two months. T-Mobile should deny the report. In fact, given the risks it has added to the Sprint deal, SoftBank should deny it as well.”

It might also be beneficial for T-Mobile to deny the report from a financial standpoint. T-Mobile shares dropped 3% when the story broke on Monday, according to CNBC.