Study: High-Speed ‘Net A ‘Must Have’ For Apartment Hunters

BroadbandNow, a database that informs people which Internet providers are in their area, recently conducted a study, “High Speed Internet a “Must Have” for Apartment Hunters; Essential Amenity Equal to a Dishwasher,” which asked more than 5,700 renters a series of questions about their Internet connection and the amenities they’d be looking for in their next apartments. 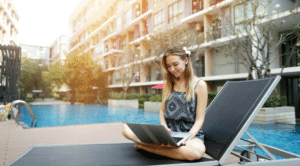