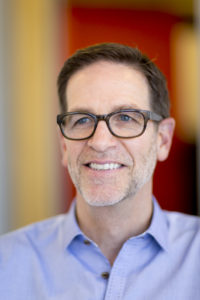 After an extensive review process, the MTA selected Boingo for its technical and operational expertise as a neutral host cellular DAS and Wi-Fi networks provider, the company said in a release. Boingo’s cellular and Wi-Fi services are expected to enhance passengers’ commuter experience.
“Securing the wireless rights for not one, but two MTA projects is a significant win for Boingo that demonstrates our strong leadership position as the service provider of choice in the transportation vertical,” Boingo chairman and CEO David Hagan said in a statement. “These long-term agreements represent two of our largest DAS venue agreements in company history, extending Boingo’s high-density wireless networks to some of LIRR’s most trafficked terminals, while covering more than 15 miles of tunneling. We look forward to growing our New York footprint and working alongside the MTA to satisfy the growing demands of connected passengers.”
The East Side Access is one of the biggest transportation infrastructure megaprojects going on the United States that will bring LIRR service to Grand Central Terminal. Once it’s finished, it will serve about 162,000 customers a day, providing a faster and easier commute from Long Island and Queens to the east side of Manhattan in a new eight-track terminal and concourse that features 25,000 square feet of retail space.
Meanwhile, the Atlantic Branch project encompasses LIRR’s Atlantic Terminal in Brooklyn, Jamaica Station in Queens and the Atlantic Avenue Tunnel that connects two stations. Atlantic Terminal is currently LIRR’s second largest terminal following Penn Station. Jamaica Station is one of the busiest transportation hubs in the U.S. as it connects LIRR, the subway, bus, and the AirTrain to John F. Kennedy International Airport (JFK).
Along with its work with the MTA, Boingo also has wireless agreements with the Port Authority of New York and New Jersey to deliver connectivity solutions at the World Trade Center Transportation Hub, JFK, LaGuardia and Newark airports the Port Authority Bus Terminal and the Lincoln and Holland Tunnels.