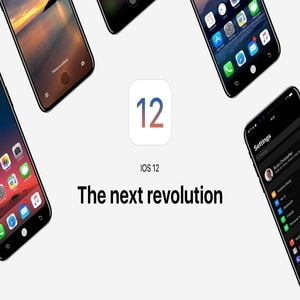 Apple iPhone users in the United States who call 911 will be able to share their location data with first responders securely starting later this year with iOS 12, the company announced in a release. This new capability will provide faster and more accurate information to help reduce emergency response times.
Currently about 80 percent of 911 calls come from mobile devices, but the landline-era infrastructure has made it hard for 911 centers to quickly and accurately find a mobile caller’s location. Apple launched the Hybridized Emergency Location (HELO) in 2015 to address this challenge. HELO estimates a cell phone user who calls 911’s location by using cell towers and on-device data sources like GPS and Wi-Fi access points.
The company will also use the emergency technology company RapidSOS’s Internet Protocol-based data pipeline to quickly and securely share HELO location data with 911 centers’ existing software, which rely on industry-standard protocols.
“Communities rely on 911 centers in an emergency, and we believe they should have the best available technology at their disposal,” said Tim Cook, Apple’s CEO. “When every moment counts, these tools will help first responders reach our customers when they most need assistance.”
To maintain Apple’s goal of maintaining customers’ privacy, user data will not be used for any non-emergency purpose and only the responding 911 center will be able to access the user’s location during an emergency call.
“911 telecommunicators do extraordinary work managing millions of emergencies with little more than a voice connection,” said RapidSOS CEO, Michael Martin. “We are excited to work with Apple to provide first responders a new path for accurate, device-based caller location using transformative Next Generation 911 technology.”
Carriers must locate callers to within 50 meters at least 80 percent of the time by 2021, per FCC requirements. Apple’s iOS location services can already exceed that requirement, even in challenging, dense urban environments. The company’s new feature will allow it to make these benefits available to local 911 centers now rather than years down the road.
“We’re thrilled that Apple is giving 911 centers access to device-based location data via a thoroughly-tested, standards-based approach,” said Rob McMullen, President of the National Emergency Number Association, the 911 Association. “This will accelerate the deployment of Next Generation 911 for everyone, saving lives and protecting property.”
“This new functionality is an example of how companies and first responders can use technology to dramatically improve public safety,” said Tom Wheeler, FCC Chairman from 2013 to 2017. “Lives will be saved thanks to this effort by Apple and RapidSOS.”
“Helping 911 services quickly and accurately assess caller location has been a major issue since my time at the FCC,” said Dennis Patrick, FCC Chairman from 1987 to 1989. “This advancement from Apple and RapidSOS will be transformative for emergency response in the United States.”