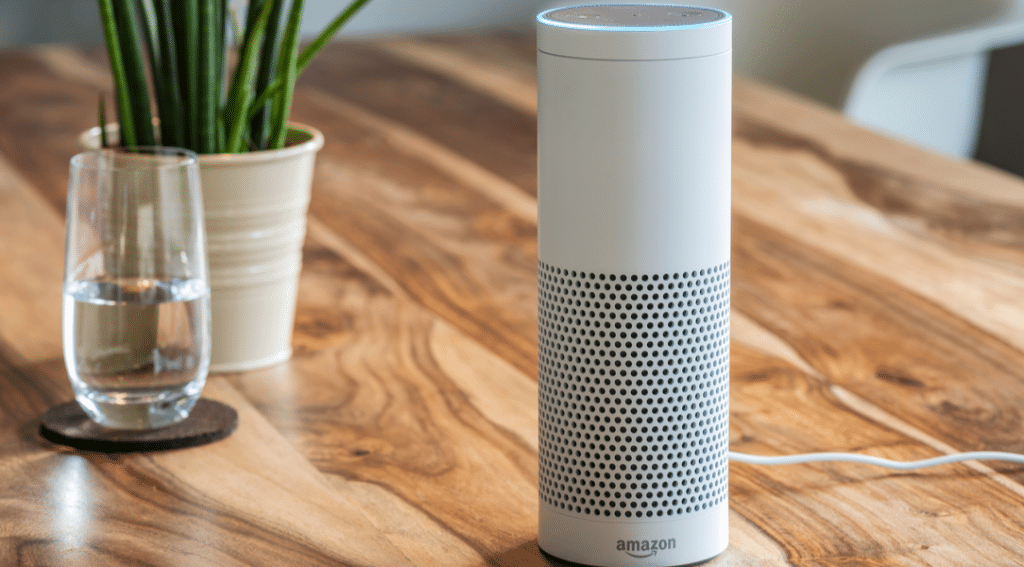 Amazon Inc. is not just the biggest player in the cloud provider space. The e-commerce giant is also making significant inroads to take a dominant position in the Internet of Things (IoT) marketplace – making IoT more than just an industrial sector story.

According to the analysts at IDC research, IoT is a rapidly growing market that is projected to surpass $1 trillion by 2022. And as the number of devices, services, and equipment connected through the Internet expand at a rapid pace, IoT and digital connectivity will play an increasing role in the e-commerce giant’s expansion.

Amazon’s Echo and digital assistant Alexa are vital drivers for the company’s long-term e-commerce business which relies on IoT technology to reach consumers.

Amazon’s Echo devices have accumulated nearly 61% share of the smart speaker market, and as Amazon’s digital assistant Alexa becomes integrated into more devices the company is poised to establish a firm foothold in IoT.

Consumers with Echo smart speakers spent nearly $700 more on the e-commerce giant’s website and $400 more than the average Prime member, according to Consumer Intelligence Research Partners.

Cable operator Altice USA Inc. announced it will launch a home speaker using technology from Amazon’s Alexa, earlier this week. The new speaker expected out later this year will allow users of Altice’s cable bundle to change channels and access streaming services without having to use a remote.

The e-commerce retailer has also introduced Key for Garage – a smart garage-door opener that allows delivery drivers to leave packages inside customers’ garages.

Amazon’s booming web services business AWS, grew 37% in sales to $8.4 billion in the second quarter of 2019. While AWS’s growth did not meet analysts expectations of 40% due to increased competition from Microsoft and Google, AWS remains ahead of Microsoft Azure and Google Cloud as a cloud computing market leader. And where there is a cloud, there’s a need to use connected devices to send data to it.

Amazon announced a partnership with Sprint now a part of the “New T-Mobile” earlier this year to integrate its IoT storage and services to provide enterprise customers with optimized traffic routing, processing, and storage of data.

Volkswagen has announced that it will use AWS to connect 122 manufacturing plants to the cloud, including IoT services and ride-hailing company Lyft said in its prospectus that it plans to spend $300 million on AWS in the next three years.

And most importantly, let’s not forget that Amazon is preparing for one-day prime shipping and IoT devices and connectivity are vital logistics sector components to drive the company’s goal for the fulfillment of one-day e-commerce deliveries. Amazon anticipates spending more than $800 million to on one-day delivery and is just starting to ramp up those efforts.

“We expect to see a continued ramp of the one-day selection and availability for the next few quarters, both in North America and International. International was up slightly in Q2, but for the most part, the improvement in delivery speeds will be in future quarters there,” said Brian T. Olsavsky, Senior Vice President and Chief Financial Officer at Amazon, on the company’s most recent second quarter earnings call.

With a conglomeration of new devices entering the consumer market space, AWS’ formidable client-base and massive investments in one-day delivery, it would be short-sighted to think that Amazon would not gain significant traction as a dominant player in IoT.