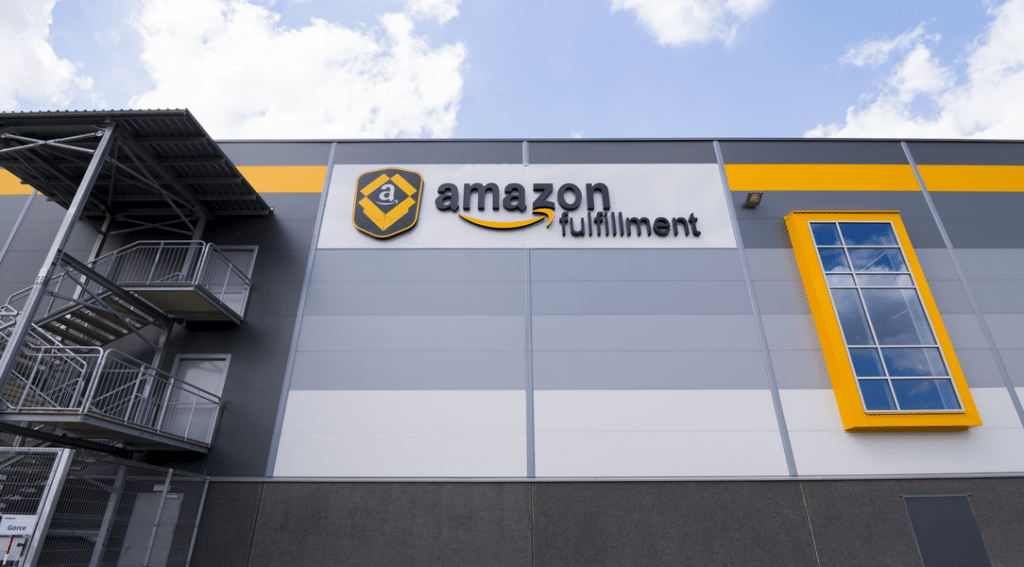 Retail giant looks to deliver packages in hours, rather than days in crowded cities.

Amazon recently agreed to take space in a new three-story warehouse in Seattle in an effort to decrease delivery times in crowded cities to hours instead of days, according to The Wall Street Journal. The multi-floor warehouse concept is common in Asian and European cities, but not so much in the U.S. due to higher land and constructions costs that are unappealing to developers.

However, retailers are increasingly looking to deliver more same-day packages, which has led U.S. developers to build multi-level centers to meet this demand. Amazon’s groundbreaking three-level warehouse will be the first of its kind in the United States. The multiple floors will allow large delivery trucks to access the warehouse via ramps, according to property analysts.

Amazon is expected to take approximately 500,000 square feet and Home Depot plans to take about 100,000 square feet according to someone familiar with the project. Home Depot is taking part in this project because it wants to accelerate its delivery practices to customers and stores and provide 90% of its shoppers with same-day and next-day deliver, a company spokesperson said.

Meanwhile other large retailers like Target and Walmart want to cut down their delivery times from two days to as little as two hours, too. Offering such short delivery times in cities requires having distribution centers that are near the customers.

“You have to go vertical because you can’t find a 50-acre space in the middle of a city close to the customer,” Prologis Chief Executive Hamid Moghadam told The Wall Street Journal.

Prologis is one of largest warehouse space owners in the world and developed and owns the Seattle building. According to The Wall Street Journal, the building’s first two floors resemble warehouses put on top of each other. A ramp to loading docks and a staging area that can accommodate big trucks connects the two floors. The third floor is for offices and light manufacturing, and people can access it via freight and passenger elevators.

The multi-floor warehouse concept is enticing to developers because they can charge higher rent. For example, asking rents at the Seattle project were 15% to 30% more than the prices for nearby older, single-story warehouses, according to a person familiar with the matter. However, developers and analysts believe tenants’ overall costs could be lower because if the facility is closer to the customer, labor and transportation costs could be less.

This trend presents a potential new tenant for commercial real estate owners with significant amounts of space to lease—retailers who are anxious to slash their delivery times. Space is just part of what CRE owners will have to be able to offer these retailers however. It will also be critical that their wireless connectivity offers are reliable—retailers handle many of their operations online. Plus, larger companies like Amazon use robots and artificial intelligence as part of their shipping process and will need to know that production won’t be halted due to faulty connectivity.

New risks are another reason multi-story warehouses have yet to gain traction in the U.S., according to The Wall Street Journal. The land and construction costs for a structure that can support heavy truck loads are usually twice what it would before a single-story warehouse. The Prologis project was nearly $260 per square foot, including land, versus $125 a square foot for a single-story warehouse in other Seattle industrial neighborhoods, according to the company. Prologis noted that the prices in the same neighborhood as its Seattle project could be $230 per square foot, however.

Real estate firms are currently in a position where they have to move ahead with the project prior to securing a tenant. However, analysts have said Amazon’s lease presents a big vote of confidence for the multi-story warehouse concept, according to The Wall Street Journal.

“Developers don’t have to answer the question anymore of why Seattle [the Prologis warehouse] is not leased,” JLL Vice Chairman Rob Kossar, told The Wall Street Journal. “In New York City, the format is even more compelling than Seattle because of the extraordinary undersupply of land.”
Amazon’s confidence in the concept is not enough for some real estate investors, however. They want to see that these properties can trade through a secondary market.
“From the developer and speculator standpoint, what’s the exit?” Walter Byrd, executive managing director at real-estate services firm Transwestern asked. “Selling it to the secondary market as an investment, that is the big hurdle to prove that the investment capital is attracted to it.”