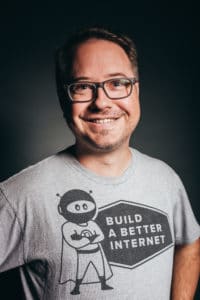 Packet, the leading bare metal automation platform for developers, recently announced it will make two edge sites available in Chicago, in a partnership with Vapor IO. These new locations, along with a separate site near Gillette Stadium in Foxborough, MA, will be the first of 15 locations to be launched in 2019.

The Austin, TX-based Vapor IO provides companies with data center facilities and supplies the fiber connectivity between these facilities. Vapor IO uses meshed fiber to connect everything and uses a software “spine” solution to give the appearance that information is coming from the same data center. The available data is distributed so it can connect into the carrier’s random access memory (RAM) and be closer to the end user on wireless networks.

“We’re allowing for the autonomous operation of hundreds, if not thousands of data centers, with low latency in between,” Vapor IO VP of Business Development Alan Bock told Connected Real Estate Magazine. “That’s where our expertise lies. If I’m a bare metal operator, I don’t want to have to think about how to solve for latency in a facility, so that’s what we are trying to do—create a multi-tenant easy button for Edge computing.”

The company also announced it will launch an Edge Access Program that will provide commercial and open source users with free access to edge computing building blocks. The program will function on a rolling basis and feature stock bare metal configurations targeted at both cloud native and telecom deployments. Customized infrastructure can be deployed on a case-per-case basis.

“The program is positioned to explore and solve issues both for both use cases and (importantly) for joint operating models,” Smith told Connected. “We think use cases will benefit greatly from a real-life test bed for deployments.”

Packet will be testing joint operating models with real estate and other partners in service of a profitable “go anywhere” model for Enterprise and hybrid cloud. Catchpoint, DNSFilter, Federated Wireless, Fly.io, Hatch, Macrometa, MobiledgeX, Nodeweaver, Ori and Section.io are among the companies that will be initial program participants.

Packet is known for its developer-friendly cloud, which is available in 18 locations worldwide and supports more than 60,000 bare metal installs each month. The company’s combination of flexible bare metal automation, focus on subscale “go anywhere” deployments and carrier-grade networking has positioned it at the center of edge computing conversation.

“One of the biggest drivers of innovation is access, especially for automation-driven users,” Smith told Connected.  “When it comes to the quickly evolving edge ecosystem, there is very little access to unique locations, customized infrastructure, and wireless connectivity. Our Edge Access Program helps to break down barriers to accelerate open source and commercial use cases by providing such access.”

For commercial real estate owners in particular, Packet’s Edge Access Program will help them add value to their properties by making them, “technology enabled,” according to Smith.

“As part of the Edge Access Program, Packet is deploying test sites with major commercial building owners, tower operators, and real estate entities to develop a scalable (and mutually profitable) model for bringing the cloud to their properties,” Smith told Connected.  “Owners can engage in this process to learn how to leverage their assets to support a quickly-expanding part of the technology industry.”

Additionally, edge computing will help improve in-building coverage, according to Bock, as it will allow CRE owners and enterprise tenants to create in-building private LTE networks.

“What’s nice about our solution is we can connect into a lot of these (Citizens Broadband Radio Service) in-building deployments,” Bock told Connected. “I think what you’re going to see is a lot of these, CBRS, LTE networks connected into low latency Edge computing networks, so it is going to allow for a lot of new in-building use cases that ordinarily would not be enabled through the latency associated with Wi-Fi, so we’re pretty excited about that.”

With this announcement, Vapor IO and Packet will expand on their current partnership, which includes the Kinetic Edge Alliance, a group of edge computing companies committed to rolling out hardware and software across a nationwide of edge locations.

“The Kinetic Edge Alliance and our partnership with Packet will accelerate the creation and deployment of new edge applications,” Vapor IO founder and CEO said in a release. “Packet’s bare metal approach to cloud is a perfect match for edge computing. Their Edge Access Program provides the best way for developers to explore edge computing and build real world applications for the edge.”