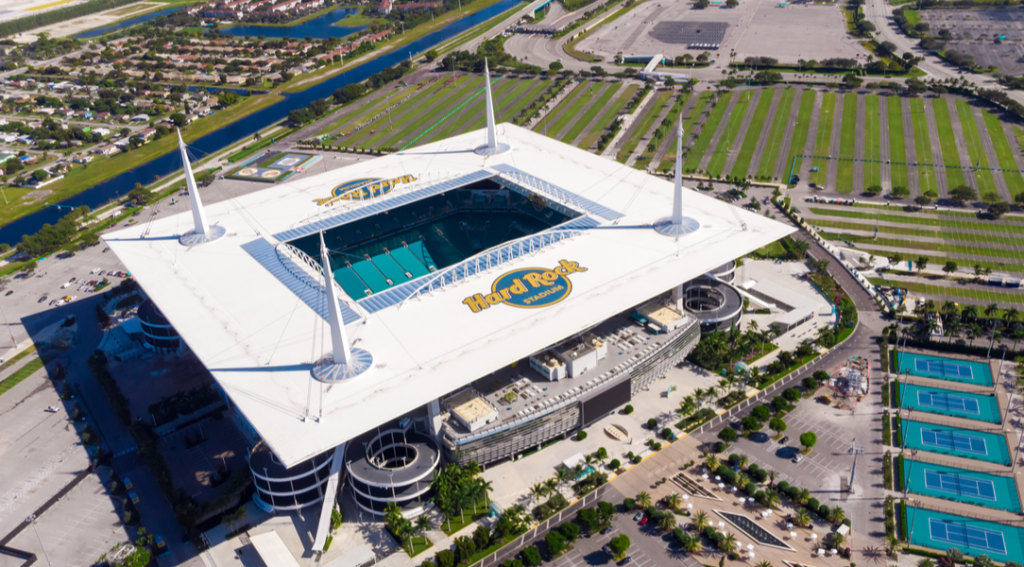 Wireless carriers Verizon, AT&T, T-Mobile and Sprint all went to great lengths to ensure their customers had excellent connectivity at Hard Rock Stadium during the Super Bowl in Miami last Sunday.

AT&T upgraded its distributed antenna system (DAS) to support 5G and band 14 spectrum; T-Mobile more than doubled its 4G LTE capacity at the stadium and deployed mmWave-based 5G in select areas; Sprint used a “split mode” for LTE and 5G in the stadium with more than 1,800 antenna DAS to handle LTE while 5G was transmitted over Massive MIMO and Verizon installed 5G nodes at event venues, added capacity to more than 280 existing cell sites and enhanced performance throughout Miami with approximately 30 in-building solutions, Speedtest reports.

The carriers all made valiant efforts, but Verizon made the best showing when it came to download speeds and in-building mobile coverage, according to Speedtest’s comparison that went from two hours before kickoff to 30 minutes after the game ended.

Focusing on 5G helped Verizon take the overall performance crown, as T-Mobile recorded the fastest mean download speed (66.35 Mbps) on LTE and Sprint was second on LTE (56.16). Verizon placed fourth in that category. T-Mobile also had a significantly better mean upload speed over all technologies than its competitors, which was critical at big events as attendees want to post their experiences on their mobile devices. T-Mobile also recorded the lowest latency—26 percent faster than second place AT&T. Sprint and Verizon, placed third and fourth, respectively in the latency category.

T-Mobile, Verizon debate over whose network is best

Both T-Mobile and Verizon had good and bad results during the Speedtest Super Bowl analysis. However, both carriers are convinced their respective network is better. T-Mobile CEO John Legere responded to Verizon’s Super Bowl ads that said its LTE network was better than T-Mobile’s 5G network in a recent blog post.

“After years of ignoring T-Mobile, even leaving us out of coverage map comparisons (if you think back, you may remember TV ads from them where they did not even include us!). Now, Verizon’s spending big Super Bowl bucks to advertise just against T-Mobile’s 5G network,” Legere wrote. “Not just against T-Mobile as a brand, but actually trying to take on our network! Something they never even cared about before! Why? Because they finally had to admit that we’re the real network competition, especially with the New T-Mobile. And they’re absolutely right.”