Opensignal is an independent mobile analytics company. They specialize in quantifying mobile network experience. Opensignal recently shared its telecom and technology predictions for next year. 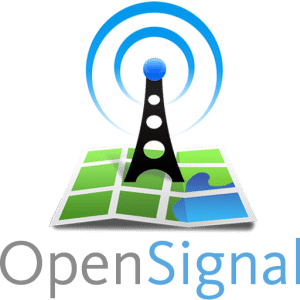 “In the world of telecoms, 2019 will probably be the year 5G got serious, going from a few initial test networks to reach millions of users in dozens of markets worldwide,” the company said. “So what can we expect from the next generation, and the rest of the mobile world, in 2020? We’ve had a look into our crystal ball to bring you our top predictions for the coming year.”

Perhaps one of Opensignal’s more surprising forecasts was that 3G will be more popular than 5G next year. According to the company’s data, 27.2 percent of its global users base has never connected to 4G and relies on 3G. This fact was not limited to emerging markets either. Opensignal’s recent analysis in Germany revealed up to half of its users don’t connect to 4G networks. It also unearthed that the 5G adoption is taking too long to overtake 3G in just one year anywhere in the world.

“Gartner forecasts the revenue communication service providers’ (i.e. providers) gain from 3G will be greater than 5G in 2019,” the company said.

“As 5G networks become more ubiquitous and devices more widespread, operators will look to move their heavy data users onto 5G, to improve the mobile network experience on 4G,” the company said. “But the 5G experience will be hugely dependent on a number of factors, not least the availability of spectrum.”

There’s been a lot of conversation about 5G already, but Opensignal forecasts it will be tough to market the network. Everyone’s 5G experience will depend on the type of spectrum used. Opensignal pointed out it’s already seen notable differences in mobile network experience on 4G, based on the bandwidth uses. If customers are connecting to 5G on low band spectrum, their experience won’t be much better than if they were on 4G. Even if they see “5G” in their phone’s status bar. Meanwhile, anyone using mmWave will see fast speeds, but won’t get much coverage. And people who use mid band spectrum will experience higher speeds than 4G and more coverage than mmWave.

“But all kinds of network experience will get called 5G,” Opensignal said.

One of 5G’s biggest selling points is it will increase wireless coverage for people living rural areas. However, Opensignal has predicted 5G deployment will still highlight the urban-rural divide. The company analyzed the difference between urban and rural areas. They noticed a significant rift in the mobile network experience in a number of markets.

“In Germany, we saw 4G availability differ by over 10 points on some operators, while in Malaysia this gap was close to 40 points,” the report said. “And with 5G operator rollout following the 4G model and focusing on densely populated cities, average speeds will rise for our urban users, with rural speeds drifting further behind. Eventually 5G rollout will come to rural areas too — but we don’t expect this for a few years yet.”

Opensignal’s 2020 forecast also looked at 5G’s impact on the video gaming industry. The company believes multi-player games are, “just the start of a wave of multi-player mobile game success stories.” Games like Fortnite, Arena of Valor and PUBG mobile are a prime example. Meanwhile, as latency improves on 4G and 5G networks, Opensignal predicts users will play multi-player games on cellular and Wi-Fi connections as well as talk to their teammates in game over IP.

“Online multiplayer and cloud-based gaming are clearly the future — but we will have to rely on 4G network speeds for a while yet,” Opensignal said in its report.” “And our recent analysis shows that latency experience scores in the U.S are nowhere near the sub-30 millisecond speeds needed for a relatively seamless gaming experience.”