What does it mean for CRE?

IS there a silver lining for CRE in all of this telecom wrangling with Sprint/T-Mobile and Dish Networks? There certainly is! Owners of any type of buildings need to be aware that not all of Dish’s sites will be on towers- many of them will be on building rooftops. There most definitely will be additional revenue for many CRE landlords especially for those who move quickly! More later about this situation. 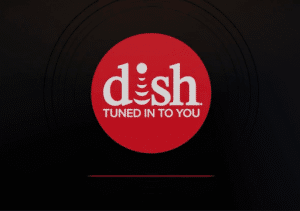 Dish Network Chief Executive Officer Charlie Ergen recently spent some time testifying on behalf of wireless carriers T-Mobile and Sprint in their lawsuit to get their $26 billion merger approved. During his testimony, Ergen shared some additional information about his company’s 5G wireless network plans—it plans to deploy 10,000 sites by 2022, according to AGL Media Group and other news outlets.

“The inclusion of Dish into the T-Mobile-Sprint merger is positive for the towers in three respects: first, it eliminates the prospect of the worst-case scenario for the towers (a T-Mobile-Sprint deal without conditions); second, it will likely drive a faster network build from Dish; and third, the towers will likely capture more revenue from Dish building independently rather than with a network partner as we previously assumed,” NSR analyst Spencer Kurn wrote.

NSR analysts noted Dish’s 10,000-site deployment plan by 2022 was “modestly negative” for towers, given its assumption Dish would build 30,000 sites by 2023, according to FierceWireless.
“However, it now appears that building to only 15,000 sites by 2023 is the most likely scenario,” Kurn wrote.

Dish becoming a wireless network is vital to merger approval

Dish Network’s ability to create a wireless network is key to T-Mobile and Sprint’s case for their merger to be approved. The main reason a group of states attorneys general are suing to block the deal is they fear a wireless industry with only three major carriers is bad for competition and will cause customers’ prices to increase as a result.

The U.S. Department of Justice approved the merger in July because it views Dish Network as a legitimate fourth carrier. The DOJ’s approval came after T-Mobile and Sprint agreed to sell parts of their business to Dish. In addition, Dish received Sprint’s prepaid businesses Boost and Virgin, and T-Mobile granted Dish access to its mobile network for seven years as it builds its own 5G network. The DOJ’s approval is contingent on Dish building at least 15,000 sites by 2023. NSR analysts projected Dish will “easily clear” that benchmark given its assumption the company will have completed 30,000 sites by that time.

Despite these concessions to help Dish become a viable fourth wireless carriers, the state attorneys general have yet to be convinced. They argued in court that Dish doesn’t currently serve phone customers and can’t be considered a credible player in the wireless industry, especially when Sprint still has 10 million customers.

After Ergen’s testimony, NSR stated that towers’ organic growth might be slower than initially projected. “We had expected Dish to contribute $0.7BN to tower industry revenue by 2023; we are now lowering our estimate to just $0.3BN,” the firm wrote.

However, NSR noted the organic growth could move faster if the T-Mobile-Sprint merger is approved.

“Of course, if the T-Mobile / Sprint merger is approved, organic growth for the towers will accelerate over the next two years from a flurry of amendment activity, but we think it is more likely than not that the merger gets blocked,” the team wrote.