DISH Network recently announced it hired former Nokia executive Marc Rouanne as its new Chief Network Officer. The move, along with hiring former Connectivity Wireless CEO Stephen Bye as Chief Commercial Officer, was done in an effort to build the company’s credibility as it enters the wireless industry. 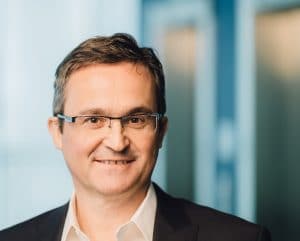 “There isn’t a pattern for the kind of network we are building in the United States and we need the best people in the world to make our vision of a virtualized standalone 5G broadband network a reality,” DISH co-founder and Chairman Charlie Ergen said in a statement. “Marc and Stephen will help lead our work to redefine the American wireless landscape to the benefit of consumers.”

“(Rouanne) brings in much experience from the wireless equipment side of the house, having served in senior roles at Nokia, Alcatel-Lucent, and Mobile Networks,” Wells Fargo Senior Analyst Jennifer Fritzsche said in a statement. “Much of his work and experience has centered around the software and O-RAN (open radio access network) space – which we believe will be the lynchpin in DISH’s 5G buildout strategy.”

Fritzsche and her fellow analysts also noted the Rouanne and Bye hires could help the T-Mobile Sprint merger get approved. The carriers are facing a lawsuit against a group of state attorneys general that want to block the deal because they believe the merger will create a less competitive landscape. The state AG’s also argued that with just three major wireless carriers, customers could end up paying more for service. However, the Wells Fargo analysts point out if DISH is seen as a credible wireless option, the state AG’s concerns could be eased.

“As DISH builds out its wireless bench and depth of talent, we believe they will offer a more tangible plan of buildout which could lessen these concerns,” Fritzsche said.

Rouanne will oversee the DISH wireless network strategy, architecture as well as its core, cloud and edge strategies. Rouanne brings more than 20 years of international management experience in the telecommunications industry to DISH. He was President of Mobile Networks and Chief Innovation and Operating Officer of Nokia and chairman of the board of Alcatel-Lucent. Rouanne is an advocate of opening the traditionally closed systems in wireless networks. Under his leadership, Nokia was the first large telecommunications vendor to join groups such as the Telecom Infra Project (TIP), xRAN Forum and the O-RAN Alliance.

“A visionary and advocate for software-defined and natively automated networks, Marc will be the ideal partner and leader as we design and build the nation’s first cloud-native 5G broadband network,” Ergen said. “He brings a proven track record in delivering transformational innovation.”

“I’ve been watching over the years as the DISH team has patiently assembled its incredible portfolio and refined its wireless vision,” Rouanne said in a statement. “This team is positioned to deliver a paradigm shift to the American wireless landscape and I’m proud to help make the vision a reality.”

Rouanne and Bye are expected to join DISH in December.