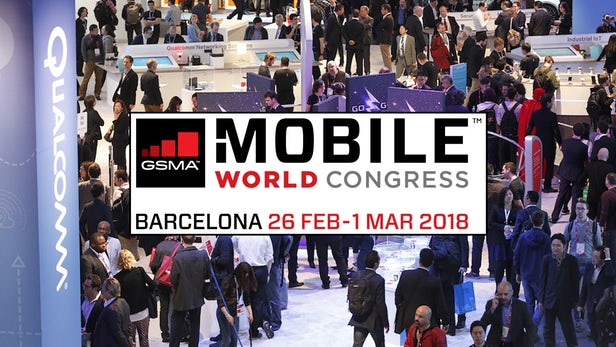 Research suggests that some 80% of mobile traffic comes from inside buildings—commercial high-rises, enterprise campuses, train stations. In an age when mobile penetration tops 100% in highly-developed markets and cellular is regarded as a utility, building owners have to provide in-building systems or risk hurting the ability to attract and retain tenants.
Whether inside or outside, cellular signal travels across the radio access network (RAN), which connects a baseband unit with user equipment like a smartphone or tablet. For in-building, base stations are often centrally located into what’s called a base station pool or hotel; from there, RF signal is spread throughout a building by remote radio units connected to the base station. Centralizing equipment into a C-RAN architecture creates for a more efficient, cost-effective implementation with a  smaller footprint.
At Mobile World Congress 2018, which wrapped up last week in Barcelona, Spain, in-building wireless equipment vendors are looking beyond centralization of the RAN to virtualization of the RAN in an effort to further reduce the total cost of ownership and complexity of an in-building deployment. At a high-level, vRAN takes the functionality of the base station and runs it on commercial off-the-shelf server hardware—expensive, proprietary hardware solutions are swapped for generic hardware running flexible, open software.
To get an idea of the industry traction around virtualizing the RAN to better address market needs, let’s take a look at some of the relevant news that came out around MWC.
While the concept of the RAN as a software stack isn’t necessarily new, it’s worth noting that operator-led interest will drive adoption. To that point, Verizon recently announced a collaboration with Nokia and Intel to continue development of a software-defined RAN, which provides flexibility to meet variable capacity demands. If a building needs more cellular capacity, instead of adding radio heads or more signal source equipment, the equivalent is simply spun up on servers.

Verizon trialed its vRAN approach using a Nokia AirScale Cloud Base Station Server, which uses Intel processors. The company highlighted how a software-centric approach allows for easy support for the growing internet of things, as well as for future 5G deployments. VP of TechnDASology and Planning Bill Stone said the goal is “allowing our customer access to the latest technology as quickly as possible.”

Verizon, along with AT&T, Deutsche Telekom and other major players in the telecom industry are approaching the standardization of virtualized RAN through a group called xRAN. AT&T has made major strives in gaining software control of its network with its pioneering work on the now open source ECOMP network management and orchestration software. AT&T SVP of Wireless Network Architecture and Design Thomas Keathley said, “We believe the xRAN approach will fundamentally improve the quality of our customers’ experience while, at the same time, deliver reductions in capex and opex.”
Vendor support for this new type breed of in-building system was on display at the Fira Gran Via in Barcelona. CommScope announced the all-digital ERA, a centralized headend that can serve multiple buildings with flexible capacity provisioning from the C-RAN hub. According to the company, Era reduces the amount of on-site equipment and transport fiber.

This is a major benefit to both operators and CRE stakeholders, according to Mobile Experts Principal Analyst Kyung Mun. He said the new product “respond[s] to operators’ needs for options that will make in-building wireless more affordable for building owners and commercial real estate companies. Driving down costs and barriers to in-building wireless implementation will be critical for supporting the emerging demand for connected smart buildings.”

JMA Wireless used the marquee industry event to launch its XRAN solution, a fully virtualized RAN platform that integrates with the company’s TEKO distributed antenna system (DAS), which distributes the signal source throughout a building. The new solution uses Intel processors and was developed as part of the chipmaker’s intel Network Builders program.

Mobile Experts President Joe Madden said “full virtualization of the entire stack…gives operators a more flexible, low-cost platform they can control. This opens the doors for MNOs and enterprises—providing an opportunity for enterprises to invest in solutions to provide coverage for their venues.”

In the run-up to MWC, Cobham Wireless got into the vRAN race with an update to its flagship idDAS platform—id stands for intelligent, digital. The company described the upgraded solution as lowering energy consumption by hosting formerly physical equipment “in a flexible, data center environment.”

“Operators are facing a capacity challenge, and with more people using high-bandwidth services and the number of IoT applications growing, this will only increase,” Cobham VP of Coverage Rami Hasarchi said. He added that a vRAN approach delivers “flexibility to operators and enterprises, and a means of future-proofing their businesses.”

Given operator-led support and a robust ecosystem of vendors bringing in-building technology to market, there’s a clear trend. In-building connectivity is essential whether it’s operator- or owner-led investment, so reducing TCO is compelling to whomever is footing the bill. Replacing typical base stations with flexible, open software running on commodity-priced servers creates a win-win-win for operators, building owners and end users.