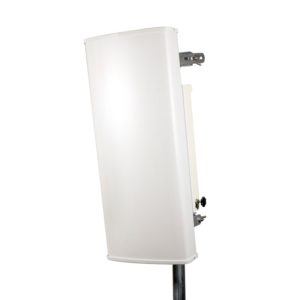 Wireless network operators are ordering more Multiple Input Multiple Output (MIMO) technology to improve speeds, which tower companies see as an opportunity to generate more revenue, writes FierceWireless’ Mike Dano.
MIMO antennas are attractive to wireless operators because of they allow multiple radio frequency chains to coexist, which in turn permits more data to be transmitted without adding bandwidth or increasing transmit power. MIMO antennas provide the wireless industry with more range, throughput and reliability.
The fact that these antennas can transmit data faster is the good news for wireless companies. The downside is the advanced technology has made the antennas bigger and heavier than current antennas, which is why tower companies see a chance to earn more money—they feel they can increase rental fees.
“We have begun to receive amendment applications for new MIMO antennas, which are just becoming available in higher performance designs and that will facilitate much faster speeds using existing low and mid band spectrum,” tower company SBA Communications chief executive officer Jess Stoops said during the company’s quarterly conference call with analysts. “These new MIMO antenna are generally wider and deeper than current antennas and in come cases, way over twice as much.”
When asked about Sprint and T-Mobile’s proposed merger, Stoops stated the new company would probably continue to use advanced MIMO antennas and SBA would charge more for the equipment.
“I’m not a product expert, but to my knowledge there is no single radio unit and certainly no single antenna unit that covers the range of spectrum that will be deployed by the combined company, so you’re looking at multiple units to cover that full array of spectrum,” he said. “Then if you start to get to the desired MIMO configuration on the antennas, that actually could add quite a bit of weight. Depending on the load of things that will impact the price, so there could be a wide range of outcomes.”

Wireless network operators’ increasing demand for MIMO antennas isn’t just good news for tower companies. Building owners have an opportunity to increase their revenue from this trend, too. As a way to generate more income, building owners can lease out their rooftop space to wireless carriers who want to put a tower on it. Now, if these carriers want to put larger, heavier equipment on a building owner’s roof, it would only make sense that they would follow the tower companies’ example and charge more rent.

“So that’s just one small example of when you get into more advanced technologies, whether it’s lower band spectrums, which have bigger antennas or higher band spectrums, which have smaller antennas, but a lot more of them are a lot closer together, that the physics are hard to get around. If you want to put that traffic out there using those frequencies, you’re going to have to deploy the equipment at scale to meet that 30-plus percent increase in data demand.”