The current trial between T-Mobile and Sprint and a collection of state attorneys general is about whether or not the carriers’ $26 billion merger should be allowed. However, how much more Americans will pay for their cell phone service is at the center of it all, according to The Wall Street Journal. 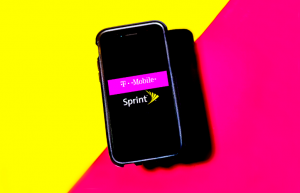 What caused the T-Mobile-Sprint trial

When the group of state attorneys general filed its antitrust lawsuit, it expressed concerns that customers would pay more if Sprint and T-Mobile became one company due to less industry competition. The plaintiffs’ lawyers noted that T-Mobile pledged not to increase its rate plan prices for three years after the deal is complete, but said the carrier could still pull back on device-related promotions to make up for it.

Meanwhile, T-Mobile executives testified if the deal were approved, it would be able to lower its prices and be more competitive with Verizon and AT&T. The executives noted prices might go up if the deal does not go through—a situation T-Mobile CEO John Legere acknowledged would be a, “worst nightmare.”

The T-Mobile-Sprint merger was announced more than a year and a half ago. If approved, the newly formed company would service more than 90 million customers, according to The Wall Street Journal. The new company would also help create another wireless company by selling assets to Dish Network.

According to Walt Piecyk, TMT Analyst and Partner at Lightshed Partners who spent some time at the trial recently: “Things are clearly going better than expected for T-Mobile” He told publisher Rich Berliner.

Inside the T-Mobile-Sprint merger

During the first week of the trial U.S. District Judge Victor Marrero, who’s overseeing the trial, asked Legere why Sprint couldn’t pull off a similar turnaround to what T-Mobile did when the executive joined the company in 2012 when it was struggling financially. Legere explained T-Mobile had better shareholder support then than Sprint has now. He also said T-Mobile had the spectrum and money that the carrier received after AT&T’s efforts to acquire the company failed in 2011.

Legere added that T-Mobile’s condition then was, “nothing compared to the distress Sprint was at this time,” and that Sprint would “go away” without this deal. A Sprint executive added the carrier would not be viable in its current form within two years, according to The Wall Street Journal.

“(Sprint) marketed an offer they couldn’t afford to invest behind,” Sievert said. He also stated that T-Mobile could reduce prices and still invest in its network while continuing to gain customers.