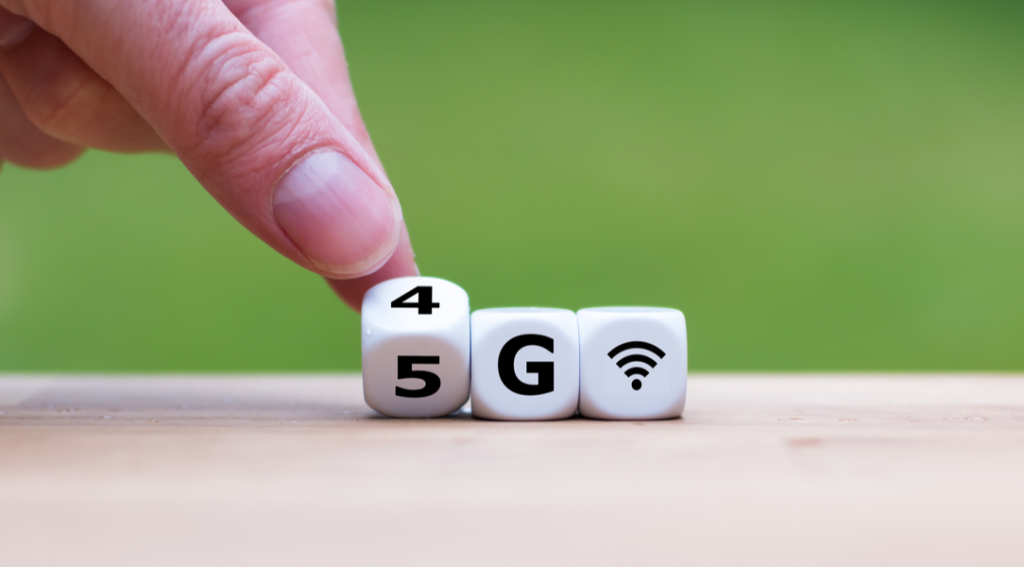 The emergence of 5G wireless networks has been one of most discussed topics in the commercial real estate industry. However, numerous discussions about a topic do not always translate into understanding it. The CRE industry as a whole knows that 5G is coming, but what does its presence mean exactly?

As Verizon deploys its 5G network across a number of U.S. cities, it took the initiative to answer that question and break down the differences between 4G and 5G.

Definition and history of “G”

The “G” in 4G, 5G and its predecessors stand for generation. 5G represents the fifth and latest generation of cellular network technology. 5G is expected to expand mobile networks’ capacity and allow more devices to use the network than previous generations.

Cellular networks have improved a lot since 1G emerged in the 1980s. At that time, the first generation of cellular network allowed for voice-only, analog service. The top data transmission speed on a 1G network was about 2.4kpbs. In 1991, the 2G network started in Finland. The second generation of cellular wireless allowed people to make calls and send text and picture messages on their mobile phones. The 2G maximum speed increased to 50kbps.

In 1998, the 3G network emerged and with it came more data, video calling capabilities and the mobile Internet. 3G networks could reach 2mbps on non-moving devices and 384kbps on devices in moving vehicles. Those speeds seem slow now, but they were considered rocket fast until 4G emerged almost a decade later.

When 4G came about in the late 2000’s it registered 500 times faster than 3G. 4G can support HD (high definition) mobile television, video conferencing and more. The network’s top speed can reach 10s of mbps when a user is walking with their mobile device or in the car. When that device is stationary, it can reach 100s of mbps. As more people purchase mobile devices and IoT (Internet of Things) expands, Verizon estimates 24 billion devices will need cellular network support by 2024.

Differences between 4G and 5G

5G couldn’t be coming a better time considering how many mobile devices will be in use during the next five years. While 4G has been a stalwart for wireless connectivity, 5G networks is expected to significantly improve latency—the amount of time it takes for information to travel from a device to a receiver. Latency will be much lower on 5G networks, which will allow for quickly upload and download speeds.

Additionally, 5G will have greater bandwidth than 4G and should be able to support more devices going forward. 5G will be better equipped to handle connected vehicles’ and IoT devices’ network demands.

What 5G means for CRE

As 5G emerges, more information will be able to move between devices faster—even high-density areas like airports or and urban areas will enjoy faster speeds. 5G will offer reduced latency and more bandwidth, allowing users to stream a 4K video in seconds, according to Verizon. CRE owners can use 5G’s capabilities to leverage more IoT devices in their buildings like security cameras, automatic door locks, lighting sensors and more. Additionally, CRE owners with a 5G wireless network can use it to make their property more attractive to prospective tenants who will surely want to reside or work in a building with the fastest network possible.