“I’ve seen lead balloons tried in D.C. before but this is like a balloon made out of a Ford Pinto,” FCC Commissioner Michael O’Rielly said.
“Any federal effort to construct a nationalized 5G network would be a costly and counterproductive distraction from the policies we need to help the United States win the 5G future,” according to Commission Chairman Ajit Pai. 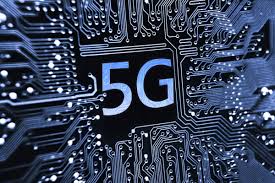 “Any suggestion that the federal government should build and operate a nationwide 5G network is a non-starter. We will lead in 5G by reducing regulation and freeing up the private sector to invest and deploy next-generation networks,” per Commissioner Brendan Carr.
“A network built by the federal government, I fear, does not leverage the best approach needed for our nation to win the 5G race,” according to Commissioner Mignon Clyburn.
Commissioner Jessica Rosenworcel hasn’t officially weighed-in yet, but it’s a five-person body, so, do the math.
Coming off the heels of a contentious, party-line vote on the repeal of Obama-era net neutrality protections, there’s clear consensus at the FCC regarding a plan for the government to take the lead in the deployment of a nationwide 5G network that leaked out of the National Security Council. Axios was the first to publish the leaked documents—a memo and accompanying PowerPoint presentation—but the validity of the document has since been confirmed by Reuters.
Before we dig into the details of the plan, which would utterly flip the script that has guided the development of telecommunications in the United States since the time of the telegraph, here’s White House Press Secretary Sarah Huckabee Sanders highlighting the preliminary nature of the proposal during the Jan. 29 White House press briefing: “Right now, we’re in the very earliest stages of the conversation.  There are absolutely no decisions made on what that would look like, what role anyone would play in it; simply, the need for a secure network.  And that is the only part of this conversation that we’re up to right now.”
Let’s look at the plan that was reported. It starts with a PowerPoint presentation titled “Secure 5G: The Eisenhower National Highway System for the Information Age.” As is spelled out there in the title, and emphasized by Huckabee Sanders, this whole concept seems predicated on security concerns; more specifically, security concerns related to the perceived threat posed by Chinese network infrastructure vendors Huawei and ZTE gaining a leadership position in 5G and/or U.S. carriers collaborating with those two companies as they develop and deploy 5G networks.
As an aside, Huawei seems to be all over federal officials’ radars at the moment. Right before Consumer Electronics Show , AT&T scrapped a deal to sell Huawei devices, and Verizon soon followed suit. Further, Rep. Michael Conaway (R-Texas) introduced a bill, H.R. 4747, on Jan. 9 “to prohibit the government from using or contracting with an entity that uses certain telecommunications services or equipment” provided by Huawei and ZTE. While the focus seems to be renewed, the federal scrutiny of Huawei dates back to a 2012 report from the House Permanent Select Committee on Intelligence that examines “issues posed” by Huawei and ZTE.
The NSC document outlines two potential options for 5G, the first of which is the more controversial. The author considers using 500 megahertz of spectrum in the 3.7 GHz to 4.2 GHz frequencies to support a network built and run by the government, which, in turn, “could lease time back to carriers to sell as a service. This would allow the allocation of a large amount of bandwidth for the network by creating one block of spectrum in the mid band range.” Benefits of this model, per the memo, are speed of deployment, security and throughput in the “several Gbps range.”
The author identifies a single “con” with this “new paradigm. The current market situation involves many carriers who compete at building networks. The single block model would require a single network that is virtually shared by retail providers.”
Another interesting network deployment issue addressed in the memo is site acquisition. 5G will require ultra-dense networks, which means lots and lots of small cells. For a carrier, site acquisition is a consummate problem given the variability of regulatory and zoning processes in cities across the country. The memo author suggests a government-led network deployment could leverage “national security to force nationwide standardization of siting requirements. Since we are afforded the benefit of two large oceans for our physical defense, why not build the equivalent situation in the information domain.”
“Being polite, this memo is dated and shows a lack of understanding of the market dynamics,” said Iain Gillott, president of iGR.  “Being more direct, this scheme shows extreme naïveté in understanding how the industry, networks, mobile devices, radios and security actually work.  There is no way the current structure has any chance of success without significant amendment and a very close involvement of the industry.  Which would come at very significant cost.”
That’s just the tip of the iceberg as it relates to the memo. Everything from bringing network infrastructure manufacturing to the U.S. and workforce development to rural broadband and doing all this in a three-year time frame are included in the memo. This whole situation seems like one man’s opinion and is clearly never going to happen.
Consider reading about the first 3 cities to get this 5G Nework here