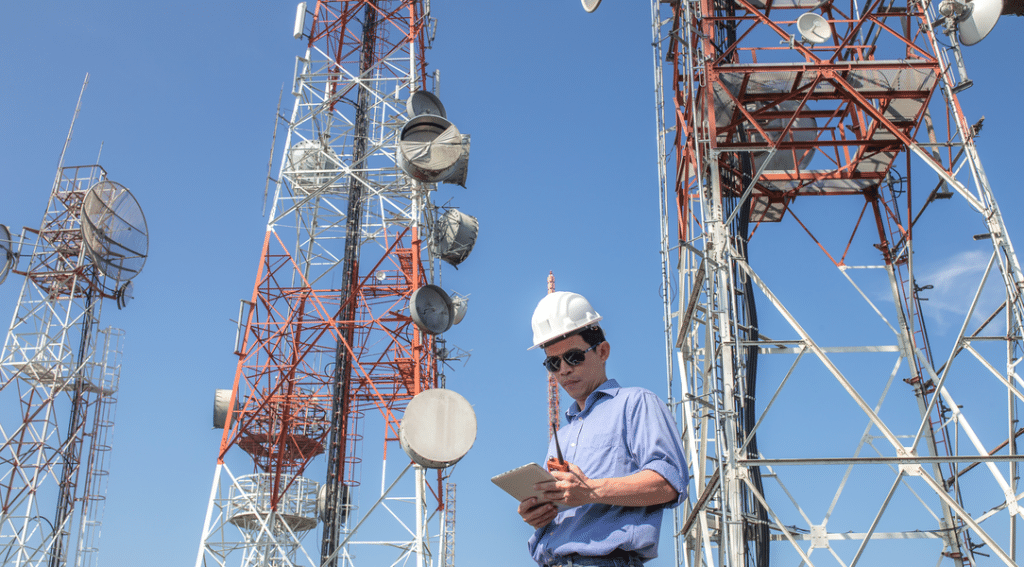 5G is the next generation of wireless technology. It will create 3 million US jobs adding $500 billion to the US GDP according to a recent report by Accenture.

The US wireless industry, which generates $475 billion in GPD, supports more than 4.7 million jobs and creates $1 trillion in economic output.

Now, with the rollout of 5G underway, the industry expects to add 63 percent more jobs to build-out network infrastructure across the US. Wireless providers will invest more than $275 billion in US infrastructure in the next three years, according to experts.

5G requires much denser infrastructure than 4G – with more than 300,000 small cells needed over the next four years. For reference, this is relatively equal to two times the number of macro towers built in the last 30 years.

A New Supply of Jobs

Estimates highlight that the wireless industry’s investment in 5G could create a direct impact. This investment could produce more than 350,000 new construction jobs and a total of 850,000 jobs in the US. When considering suppliers and partners cumulatively over the network build-out.

“5G-powered smart city solutions applied to the management of vehicle traffic and electrical grids alone could produce an estimate of $160 billion in benefits and savings for local communities and their residents. These 5G attributes will enable cities to reduce commute times, improve public safety, and generate significant smart-grid efficiencies,” Roa stated.

The Full Potential of 5G & IoT

5G’s has super-fast speed, capacity, and reliability. All these factors will enable the full potential of the Internet of Things devices and sensors. Everything from industrial robots to smartwatches will have connection to a 5G network.

5G is revolutionizing IoT by enabling autonomous manufacturing, transforming energy, and Transportation industries. These networks will add nearly $14 trillion to the global economy by 2030, per the report estimation.

5G networks will form the backbone of digital connectivity. Driving IoT enhancements, the use of predictive maintenance on factory machines, warehouse floors. As well as connected smart home products and healthcare device technologies.

By 2022, nearly 18 billion devices will use IoT-related technology. Concurrently, global users with 5G subscriptions expected to surpass almost half a billion.

Workforce Shift from to “The Internet of Skills”

While the promise a 5G economy will enable autonomous vehicles, it will also cause a massive shift in the labor force. A factor stemming from smart cities, and ubiquitous augmented and virtual reality. They have helped boost revenues through newly found efficiencies.

Whether it is manufacturing, utilities or retail, connectivity and automation will require a new tech-enabled workforce.

Retail, for example, is already transforming due to competition. The emergence of augmented and virtual reality eliminated the need for consumers to try things and buy goods in person. Consequently resulting in fewer sales workers. As for healthcare, virtual reality enables insurance companies and educational firms to profit. Telemedicine and tele-education effectively cuts staffing. It’s not that we won’t need salespersons, doctors and teachers in the future, but we will need far fewer to serve the population.

The merging of 5G and IoT accelerate technology-driven productivity and lower costs of production. It will undoubtedly make more traditional jobs obsolete.

What Do These New Jobs Entail?

At the same time, this convergence will create demand for new kinds of jobs. Mischa Dohler, Professor in Wireless Communications at King’s College London calls ” internet of skills.” Dohler describes the emerging 5G enabled workforce as one empowered by the internet of skills. Workers will use their unique skill-set in ways that perhaps could never happen in a traditional 9-5 job.

According to Doehler, enhanced mobile broadband will enable business owners and gig economy workers to engage clients and audiences. In virtually real-time via enhanced video and virtual reality. Billions of connected devices will create the need for thousands of skilled technicians to install, sustain and maintain these networks. For entrepreneurs and developers, unlimited opportunities will open up. Developing IoT applications that can be the next big killer app and provide for unimagined and unmet business needs.